We are happy to announce that we have released the stable 22.4.14, we’ve been running heavy tests on Blokada’s impact on connectivity as many of your reported disconnections while using Blokada. The changes will be structured as the following: 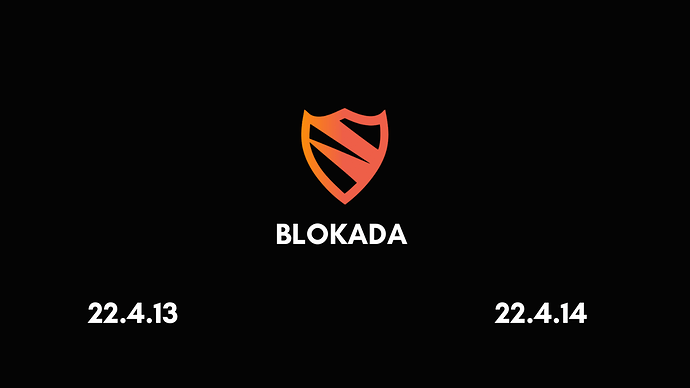 On Blokada 5, we had some reports about the .be/.at domains being blocked while running certain DNS settings, this release contains a fix and these domains will no longer be filtered.

We have also been working on improving connectivity while using Blokada 5&6 and we’ll be working more on it over the next weeks. This release has significantly reduced disconnections and should be better than the previous stable version 22.4.1.

As usual, this release came with updated blocklists and translations.

Similar to the Android release, this version came with improvements to connectivity as well as a few bug fixes.

We had some reports mentioning that Blokada can’t be turned off so this release included a fix for that issue as well.

Last but not least, we are proud to announce that Blokada 22.4.13 will include the Cloud analytics screen.

Cloud analytics will allow you not only to see how many entries are blocked but also exactly what are the most blocked entries and you can change your blocklists and exceptions accordingly.

You can view analytics by date, location, and device.

We are giving early access to some of you to test out the Cloud analytics Stage 2 and give us honest feedback, if you use Android sign up using this link to be the first to try it out. Use this link if you are an iOS user

The Cloud Analytics feature will be released in two stages:

You can perform a test of your adblocking configuration by visiting this link:

As usual, we updated the blocklists and translations. We also made some minor bug fixes. More in the changelog.

Hope you are well!

There is no auto update ? Did not get a notification after opening Blokada5.

There is an auto update, you should be getting the notification soon.

The apk size increase is related to our new Analytics screen feature we are introducing, for now it is being released on iOS as a preview, but the work done is on both platforms, so soon it will also land on Android.

The new version keeps interrupting my internet connections. This is even worse than the previous version. I use Android 13. I have to stop and reactivate Blokada constantly and often every 5 minutes. Then it runs for a short moment until the internet connection is blocked again.

As an alternative you may want to try this version: https://github.com/blokadaorg/blokada/releases/download/android-v22.4.13/app-five-release.apk