iOS vs. Android: Which Is More Accessible? 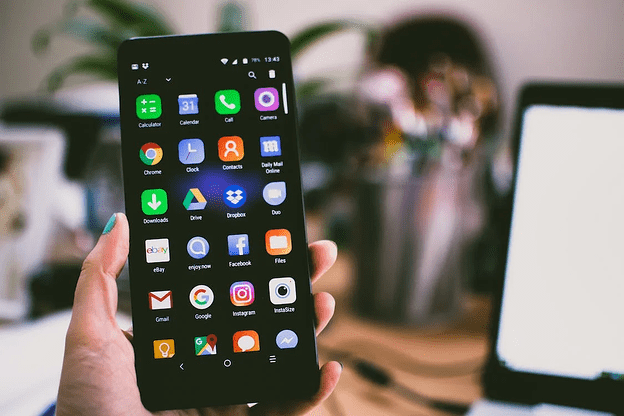 The never-ending debate of iOS versus Android has been ongoing since these tech titans emerged. Some people like the freedom of Android. While others prefer the exclusivity of iOS. And a few choose a different platform altogether. With each update, these two systems try to outdo each other with new or improved features.

Part of the attraction for people who are fans of either platform is its accessibility features. Lately, there has been an online clamor for more accessibility functions in iOS and Android. And both parties tried their best to deliver.

While both systems have nearly similar native accessibility functions across the table, there are enough differences to make avid fans of each brand stick to their guns when choosing which plan to purchase.

Let us start with opening a locked phone. iPhones are known for Touch ID and Face ID in more recent models. Touch ID works much like a biometric scanner that keeps your thumbprint (or any fingerprint) as your key to opening your phone. But if your scanner is smudged, Touch ID would often fail. Face ID, on the other hand, uses the front camera of your iPhone to scan your face. If it matches what you have set up on your phone, you can successfully unlock it.

Face ID and Face Authentication have featured a new capability of recognizing your face even if you have a mask.

For users with impaired vision, iOS offers the VoiceOver feature. This feature dominates the screen reader app market, with over 70% of surveyed users preferring it over its Android counterpart.

TalkBack is the Android version of VoiceOver, taking about 30% of the user market. Users favor the iOS feature over TalkBack because of VoiceOver’s greater scope of control and customization. They also felt that the app was more intuitive and easier to use since it has been integrated with Apple devices.

iOS needed to be on time to integrate LED alerts into their devices. LED alerts are helpful to people who are deaf or hard of hearing or need to put their phones on silent but still need to be alerted when someone has called or messaged them. LED alerts also work if you are in a noisy environment and cannot hear your phone ring. Comparably, Android has had LED alerts for a long time.

Apple’s Guided Access feature is a marriage of parental control and productivity feature in one. Guided access restricts your Apple device’s use of your selected app. You can set how long the restraints last and need a passcode to exit the Guided key. It even restricts access to certain parts of the screen so that you stay focused on the task at hand. This is useful when you don’t want people snooping on your phone. Or when your kids want to watch their favorite children’s show online, and you want to ensure they cannot open any other videos or sites apart from their kiddie shows.

Android’s version of this is App pinning. This feature allows you to pin one application to your screen and restrict access to anything else to keep you focused on your task.

Both iOS and Android have their own version of virtual assistants. Apple has Siri, and Android has a few, more notably Google Assistant, and Amazon’s Alexa. Virtual assistants like Siri, Google, and Alexa help users with simple daily tasks like setting the alarm for you every day. Or playing your favorite song for you while you are driving and cannot safely manually search Spotify for your favorite music. A simple “Hey, Google / Alexa / Siri” can get you started.

Which virtual assistant is the best? That is entirely up to whoever you ask that question too. Some people prefer Alexa, some prefer Siri, and some prefer Google.

Switch Control and Switch Access were made to allow people with limited mobility to use Android and iOS devices.

iOS’ Switch Control can be used alongside Bluetooth devices like keyboards and switches to make operating iOS devices easier for people despite having limited mobility. Users can also assign tasks to custom gestures that don’t require too much mobility. These are all customizable.

Switch access uses external switches that scan your screen and highlight items for you to select. You can also use keyboards or buttons on your Android device.

So which one has better accessibility features? The answer lies with whoever is using the device. It all depends on whether a user is satisfied with how their device makes their lives easier.